Mrs. Klein grew up in Lynchburg and went to school down the street at Boonsboro Elementary. When she graduated high school, she wanted to get out of state and “have a little adventure,” so she enrolled at the University of Tennessee. She received her B.A. in psychology with a minor in elementary education before going on to attain her M.S. in elementary education (also at University of Tennessee). After completing her master’s degree, she went to Europe for two weeks, traveling through Prague, Amsterdam, Paris, Rome, and Berlin all by herself! She says, “The trip gave me a sense of freedom that I'd never felt before.” In 2014, Lindsay married her husband, Matt. In 2016, they welcomed their first child, followed in the spring of 2019 by the arrival of their second child.

Before coming to James River Day, Lindsay taught first grade at Haycock Elementary in Fairfax County for three years. She moved back to Lynchburg in 2011 to be closer to her family and taught first grade at Linkhorne Elementary. In 2012, Lindsay began teaching first grade at James River before shifting to third grade. Desiring more time with her family, Lindsay moved to part-time in the fall of 2019 as our technology instructor for grades K-4.  She says, “I love the tight-knit community, small class sizes, kind colleagues, and supportive and knowledgeable administration. She also enjoys, “... the freedom of creativity to teach the way that best meets your students’ needs and the common respect among colleagues and administration. I also like working with motivated teachers who constantly strive to learn new and better ways to teach.”

Outside of teaching, Mrs. Klein enjoys spending time with her family and friends. She enjoys taking her dog and her children to the park, reading on her front porch swing, being anywhere near the water in the summer, and hitting the slopes to snowboard in the winter. Lindsay resides in Forest with her husband and two children. 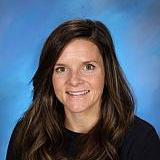