Mrs. Riser has previously served James River as its Head of School from 2007-2017. In August 2019, Mary came out of retirement, working part-time, to encourage and mentor the school's faculty by offering professional development opportunities.
Mrs. Riser received her B.A. in English and Philosophy from Georgetown University and her M.F.A. in Poetry from the University of Oregon in 1987. Prior to coming to James River, Mary was the Middle School Director and an English teacher at St. Anne's-Belfield School in Charlottesville. She worked at St. Anne’s-Belfield from 1992-2007. Prior to that, she was the English Department Chair at the Blue Ridge School for Boys, 1987-1992. Between undergraduate school and graduate school, she worked for the Honorable Pat Williams, the Congressman from Western Montana, as a legislative aide.
Mary and her husband, George, live in Covesville and have two adult children. 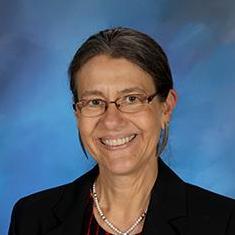