In July 2021, in a restructuring of our school administrative staff, Mrs. Maryanna Stands became James River's Associate Head of School for Advancement and Director of Admissions. She coordinates the efforts of the Advancement Team (Marketing, Communications, Development, and Admissions) in pursuance of the goals of the school.
Maryanna has played many roles at the school, first as a parent volunteer and then on the Board of Trustees as a trustee and then Board Chair, before being hired as the Director of Admissions in 2019. She later became the Director for Advancement and Admissions.
Mrs. Stands earned her B.A., and later her M.Ed., from the University of Virginia.
She greatly enjoys working with parents as they consider a James River education for their children and as they learn about how the James River community will benefit their family. 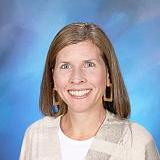