Achieve Your New Year's Resolution! Break It Down. 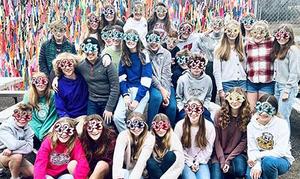 January 5, 2023
It is a common practice to make New Year’s Resolutions. We’ve all done it. We make plans to accomplish major projects, or perhaps we want to make some personal improvements -- get more exercise, eat healthier, or read more. The problem with the vast majority of our resolutions is that we don’t accomplish them. Studies have shown few resolutions survive until February. We sincerely want to change our ways or accomplish big projects; we just don’t go about it the right way. We try to achieve our goal all at once, and the enormity of the effort is overwhelming.
For our students (and the advice is the same for adults), we teach them a better approach is an incremental one. Break down the task/resolution into smaller chunks, each of which is achievable, and the chances of success increase greatly. For example, if one’s goal is to be able to run ten miles, don’t try to run ten miles all at once. Run one mile on the first day. That’s doable. Gradually increase the mileage over time and pretty soon the goal, which seemed so daunting at first, is reached. Whatever the goal, this method of breaking down a large task into several smaller ones is the key to success. As the saying goes, “How do you eat an elephant? One bite at a time.”
My Algebra 2 students are about to take an exam on all the material we have covered since August. It’s a lot of material! Although assimilating this information may seem daunting, I encourage the students to study just one chapter each day. Narrowing their focus reduces the task to a manageable level, thus reducing their stress and increasing their chance of mastering the material and earning a good grade.
Our students learn many things as they work to become scholars, leaders, and citizens. Sometimes they learn lessons in character. Sometimes they learn facts and concepts. And sometimes they learn how to work smarter, not harder. That’s a valuable lesson.