Ms. Wiggins joined the faculty of James River in 2014 as the Athletic Director and a middle school physical education teacher.
Melissa Wiggins grew up in the Roanoke area and graduated with a B.S. in physical education from Longwood University. She continued her education by getting her master’s degree in higher education from James Madison University. After receiving her master’s, Melissa taught at St. Catherine’s School in Richmond for five years. While there she also coached basketball and softball. Yet, Melissa wanted to continue her education, so she left St. Catherine’s and entered the sports psychology program at the University of Virginia where she earned her second master’s degree. While getting this degree, Melissa was also employed by UVA as an assistant coach for the women’s basketball team. During her term there, the women’s basketball team went to three ACC Championships and had three NCAA Final Four appearances.

Coach Wiggins left UVA in 1993 to take an assistant coaching job at Montana State, where she stayed for just a year before returning to her home state to take a job at James Madison University, also as an assistant coach for women’s basketball. During this time, Coach Wiggins was also instrumental in helping choose the WNBA Charlotte Sting’s inaugural team. She stayed at JMU for two years (during which time JMU made it the NCAA tournament) before being offered a position at Dartmouth as an assistant coach for women’s field hockey and women’s lacrosse. The women’s lacrosse team won the Ivy League Conference Championship that year and went to the NCAA Final Four as well.


After a year with Dartmouth Athletics, Melissa was once again offered an opportunity to return to Virginia—this time as the Head Coach for Randolph College’s women’s basketball program. She loved being back in Virginia near her family and friends, but after twelve years at Randolph, Dartmouth once again enticed her northward. She coached two more years for them as an assistant for the women’s lacrosse team. And, wouldn’t you know it, they won another Ivy League Conference Championship! But that last winter proved too much. Melissa recalls one morning going to work in blowing snow and -17°F temps, when she decided she just had to get back to Virginia where our winters are easier, and we have four, fairly reasonable, seasons. She also needed to be here with her family. So, she took a job with the YMCA and our previous Athletic Director, Donna Hodgert, hired Melissa as James River's Assistant Athletic Director.


In 2014, when Donna moved on to be the A.D. and head swim coach for Sweet Briar, Melissa agreed to be our Athletic Director as long as her schedule was flexible, so she could continue officiating field hockey, basketball, and lacrosse. She officiates all three sports on the local high school level, and she’s a very much in-demand official for collegiate-level field hockey and women’s lacrosse.


When asked why she chose to both coach and officiate, Melissa explained that the two jobs feed different parts of her soul, “Coaching young people is very satisfying as I watch them grow as players and as people, but it goes home with you.” [The phone calls and emails keep coming no matter the time of day or day of the week.] “Being a referee is athletic and cerebral, because one must know the rules of the game intimately and be able to anticipate (and keep up with) the flow of play. And when the game ends, it's over. It doesn't go home with you.”


With her dry humor, dedication, and incredible work ethic, James River is indeed lucky to have Melissa Wiggins. As Shannon Jeirles (a James River parent) said, “I have seen this woman, within the same hour mind you, be a physical trainer, coach, referee, do crowd control, [game] admissions, concessions, run the scoreboard, clean up spilled water, keep the book, AND tell me exactly how many fouls a player has on the opposing team when I was keeping the book ...”


Shannon continued by saying, “That is who Melissa Wiggins is. She cares for our children, protects them, molds them, pours into them, teaches them, coaches them, leads them--just as she has done for so many others for 25+ years. So many times we don’t see what is right in front of us. We are SO privileged to have such an amazing mentor for our children. Someone with her knowledge and expertise is rare, but especially finding a person like that who is willing to share that knowledge and passion with kids this age.”


James River is incredibly fortunate to have a person of Melissa's caliber leading our athletic programming, teaching our children, and lobbying for improvements to our facilities. Melissa lives in Lynchburg. 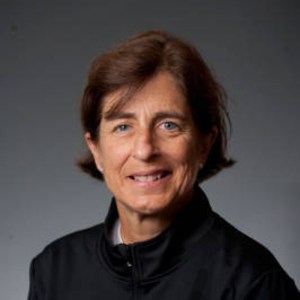